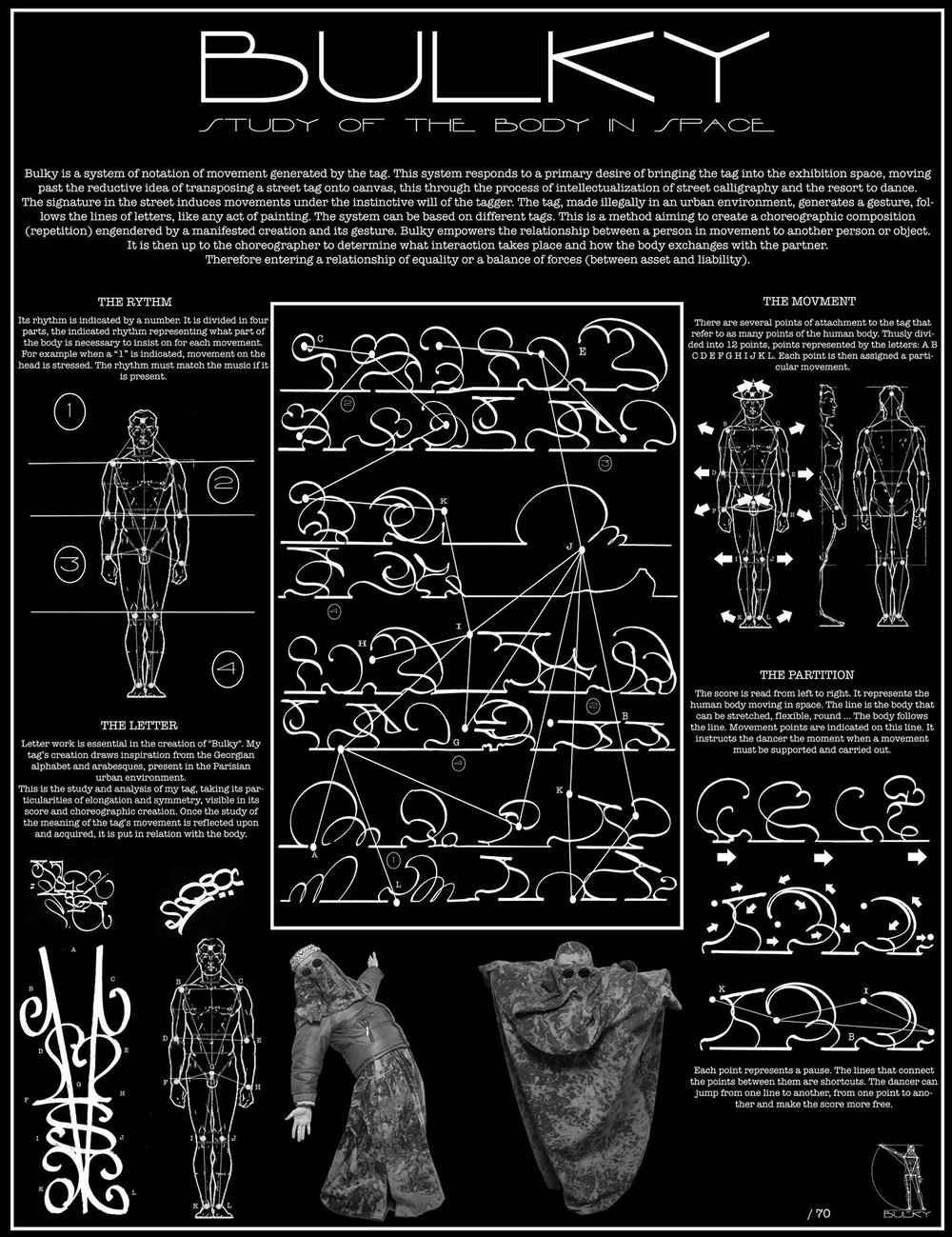 The «Bulky» is a system of notation of the movement generated by the tag.
This system responds to a primary desire to bring the tag into the ex- hibition space by transcending the reductive idea of a transposition of the street tag to the canvas by a process of intellectualization of street calligraphy and the resort to the dance.
Where lettering or painting could be limited to the support of the canvas, the use of choreographed body language is an answer to the movement of contemporary urban art.
At the origin of the Bulky performance, there is a desire to combine several mediums of expression based on an in- teraction between street calligraphy, dance and sound creation.
This writing of the gesture is based on a dynamisation and appro- priation of the Georgian alphabet, where I come from. I seek in the vocabulary of body expression the keys to an introspection favored by the dialogue between the body and the urban material induced by the calligraphic stage which marks the first stage of the performance (and initiates the exchange with the dancers ).
This theme is accompanied by a broader reflection on the relationship to interiority (question of origins ...) and deconstruction / reappro- priation of the stage space by dancers.
In performance, we find the same recourse to anonymity as in the tag approach (vandal) when dancers perform with veiled and non-sexual costumes.
In this same will given to the tag, there is also the idea of a quasi-war- like appropriation of the choreographic space.